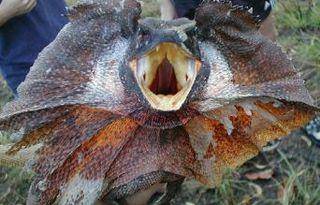 The comments on the jealousy post were interesting. I had little awareness that jealousy took so many forms. For example, I have never in my life been jealous of another person’s accomplishments or of their hair, their body or their husband. And so many people mentioned jealousy in this context I actually started to wonder if I were actually jealous or if there might be a better word to describe my lizard feelings… like possessiveness or something like that.

By morning there was such an array of jealous types I decided I’d better look the word up in case I needed to post some kind of retraction and here is what I found from thefreedictionary.com:

1. Fearful or wary of being supplanted; apprehensive of losing affection or position.
2. a. Resentful or bitter in rivalry; envious: jealous of the success of others.
b. Inclined to suspect rivalry.
3. Having to do with or arising from feelings of envy, apprehension, or bitterness: jealous thoughts.
4. Vigilant in guarding something: We are jealous of our good name.
5. Intolerant of disloyalty or infidelity; autocratic: a jealous God.

While I am familiar with all the definitions it is eye opening. Because I was wondering what in astrology rules “jealousy”, I could not come up with it and this explains why.

For example, in my case jealousy is a Mars function. I get pissssssssed off and I act. It follows the soldier would activate this function big time, seeing as my Mars completes his T-square making the Grand Cross. Bottom line, he activates me. But take the AMF.

His Mars was conjunct mine and I had virtually no jealousy of him at all. He routinely had naked women come to his house and pose for him for Godsakes, so explain that!

I think I in my case, if you want to see me jealous, you have to hit my Mars and hit it just right which is very different than having a jealous nature. By nature, I think I am primarily oblivious, not jealous so considering this what do y’all say?