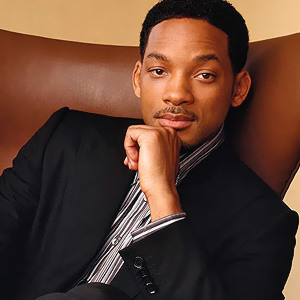 Over time we have watched Will Smith grow into a great man and a great entertainer. From a singer/rapper to an actor/comedian to an actor’s actor, Will Smith has maintained an image that no one can complain about and presented with respect in almost every situation. We can put much of this on his Libra sun but there is that “something,” about Will that is explained in his chart.

Will also shows a knack for picking pieces that show his best side and the other clue is his penchant for black suits which can bring us around to his Scorpio Moon. His Scorpio Moon keeps us guessing, gives his proper Libra a bit of sexuality that is unmistakable and of course, makes him wear black like a second skin! No, there is no mistaking the sexuality he exudes on screen and with his wife Jada and there is nothing like a Scorpio Moon to put your tastes in the right place if you have the proper planets along with it. An Aries sun is one completely different animal than Will with his proper Libra Sun attached to the forward thinking Scorpio.

Will also dresses “street,” well and with a flair. This is also due to his Libra/Scorpio planets with a touch of the perfectionist in his Jupiter/Pluto and Uranus in Virgo! There is a perfectionist in every film that Will does and every look that Will wears and that is due to the Virgo in him that draws him to the side of doing things exactly right. Some of his roles have been done almost perfectly and he applies his Virgo stellum in these roles one can be sure. His wardrobe is also subjected tot his Virgo perfection and we cannot complain with what he comes up with. He has built a life in front of us that uses the proper Libra, the slight sting that is irresistible from his Scorpio Moon and his perfect Virgo instincts. One wonders if Will lets go from time to time but he has to if he is to be the great comedian that he is.

Saturn and the Node are in Aries and in my opinion these placements work for him as he hones his Aries energy to be creative but keeps it in check with Saturn being there checking it for going over board which he never does. Aries can be a real spin out for performers but his placement promises us that his will not spin out and in fact, with work, can give him an angle that is uniquely creative and that we are seeing from him in his work as of late. He has refined himself with each step he takes in his life, both personal and professional. This is a man who is using his chart the right way so far as we can see and for his benefit and the benefit of those around him. Who can ask for more from a person?

Re-addressing his clothing,, street wear on Will almost looks classy! He layers his T’s just right and puts touches of red and gray with his black to cut the edge off his look. He appears on the red carpet in a black suit in most cases and follows the trends that suit his thin frame, for example, the slim cut pants that many suits are showing now. He looks great in thin cut pants and a tailored jacket for his Libra sun and Scorpio Moon to shine in.

I expect more of the same from Will Smith and if he ever does have problems I suspect he will get them in check poste haste as his chart reads is his style!