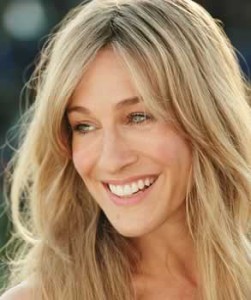 Sarah Jessica Parker is an actor of stage, film and television as well as a producer and fashion icon. With Sun sign Aries combined with a large amount of earth in her chart, Sarah is a hard worker and task master toward herself and an artist when it comes to her life and work with clothing, scent and her new incarnation as the host of a Bravo television show about art. Sarah has conservative Capricorn Moon watching over her Aries Sun and Mercury with a stellium of Mars, Uranus and Pluto in Virgo. With so many planets in earth, the very creative Aries becomes a high achiever when it comes to the art they are involved in.

Completing her Earth, Sarah has Jupiter in steady Taurus. Sarah’s Saturn is in Pisces while her Neptune is in Scorpio giving her another placement that shows her ability to work at her art which she has done since she was a child. Sarah began working on the stage young and went to schools for the performing arts as a child. She probably best known for her character Carrie Bradshaw on the HBO series “Sex and the City,” which she appeared in for seven years. Although she is best known as “Carrie,” Sarah began her work in acting and ballet as a child and her family moved to help her career when she was young.

Sarah did films and stage work early in her career including roles on stage and in film such as characters in “Footloose,” “L.A. Story,” “Honeymoon in Vegas” and “Failure To Launch.” Sarah is again a hard worker with a strong foothold in the Earth reality when we consider her planets in Taurus, a stellium in Virgo and Moon in Capricorn. She began her work by studying singing, dance and acting in places like the School of American Ballet in New York, despite her height of 5’4″, and in Los Angeles, the Professional Children’s School, Hollywood High School. With so much Virgo in the chart and an Aries Sun we know that Sarah would have been a very hard working athlete when training for ballet and also a very disciplined person when studying her crafts because of Saturn in Taurus and Capricorn Moon. Success comes to those with Capricorn and Taurus through hard work and determination and Sarah shows this in her long career in film and television and the demands of a top-rated television show that means filming for long hours and many days of the year.

Sarah was nominated for the Emmy for her role in “Sex in the City” a total of six times and won the Emmy for her character once while the show won an Emmy with her starring once as well. Sarah has also received four Golden Globe Awards and three Screen Actor’s Guild Awards. After appearing in the movie “The Family Stone,” Sarah was nominated for another Golden Globe. Sarah will star in an upcoming Bravo show called “American Artist” which will feature artists from the age of 17 and older.

Sarah has appeared on “Best Dressed” lists for many years and has shown herself gifted in fashion aside from her character’s dressing on “Sex in the City,” where she appeared dressed to the “nines” every episode and could put any designer on the map by merely wearing their designs. Sarah is a fashion trend setter and shows creativity when dressing herself as well as a perfection of style that is hers alone and allows for full Aries expression in what she wears. With Aries in the chart motivating her and being very aware of her body from ballet study and acting, Sarah pulls off the most forward fashion even courting critics at times with her outfits. When appearing on the MTV Movie Awards, Sarah changed her clothing a total of fourteen times! Sarah has entered the world of fashion as a designer by designing her won fashion line called “Bitten” with the store “Steve & Barry’s” where none of her designs is over $20.00. Her clothing is sold only through the chain. Sarah has released many scents starting with a scent called “Lovely” in 2005. She has since released three other scents in her line. Sarah has signed to be the face of “Garnier” as its model for hair tint. Sarah continues to work in fashion while beginning her new show.

SJP is again, a fashion icon. With such a light body that is so thin she can wear almost any style and pull it off and do so with the grace of a dancer when she moves. With her training in ballet she knows how to put her best foot forward and can walk in impossibly high heels with ease. She has broken new designers and young designers by wearing their lines and is a regular during “Fashion Week.” With her height being small, Sarah is able to pull off looks that usually only work on tall women like long dresses and full pants by wearing her clothing close to her body and well-fitting. Anyone can wear a style if that style fits well and is in proportion to the body and Sarah is proof of this. With her high energy from the Aries Sun, she applies her Capricorn Moon trait of dressing with good taste to her Taurus Jupiter love of luxury. She has a good handle on her sexuality with Saturn in Pisces trine her Scorpio Neptune, sometimes pulling off the most sexy of looks with class while at the same time pushing the envelope with an Aries Sun.

Sarah has strong features and balances those with having a lot of hair which is something that works for those with a strong nose and mouth. She keeps her hair highly highlighted and wears it in the blond tones to set off her dark eyes and brows. This trick of lightening the hair when one has dark eyes can work to add drama to the face and when one has strong features, bringing drama to the face is the best way to go. Sarah plays up her eyes with makeup as well as her hair to balance the rest of her strong face. Sarah is English, German and Jewish and this combo allows her to be a blond and still show her eyes in the best possible light while highlighting her light complexion. Bette Davis, an Aries as well, shows us the trick of highlighting the eyes when one has strong eyes and light hair on a face that is not a classic one. Sporting a light tan, what looks the most dramatic on women of her skin tone is beige rather than white and Sarah wears a lot of beige and black. Black works well for Sarah because of her tan skin and dark eyes but would not work as well had she been born with lighter eyes.

Her look is highly styled and Sarah probably has her pick of all the clothing in the world to work with given her status as a fashion icon. Sarah makes the most of this ability to wear anything she pleases and stays fashion forward because of her access to high fashion. With her strong Aries Sun leading the way and with Earth backing her up, Sarah shows us how a firm hold on one’s identity can allow them to carry themselves with dignity and dress in just about anything if they have the strength to pull it off and the belief in oneself to stand proud. Sarah will always be involved in fashion for this is a place where she can express her individuality and creativity while using her training in character acting and dance to pull almost anything off!