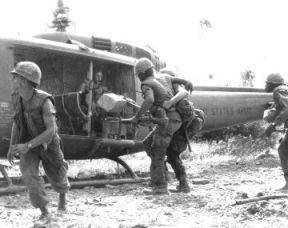 My fiance in this story, the man with the nightmares has Saturn in Scorpio in the 12th house (dreams) square Pluto in Leo.

I am talking to the soldier about this in 2003, ten years after the fact. We both have emphasis on the 8th house (death):

“Yeah. And I don’t know what that’s like for real but I can tell you I could feel all this twirling and jerking and swirling and falling and it would make me sick to my stomach and hurt my head. Because I’d be woken up from a dead sleep and I wouldn’t have my bearings. He used to have these dreams early in the evening rather than waking up in the morning with them so probably just as I was falling into my deepest sleep I would be jolted awake and he would describe this helicopter and I would just feel my head start to spin and I would feel the whole thing. Like panic and your stomach dropping. Pain in my chest and my head.”

“It was bad. It was sad too and it was happening all the time. It was happening frequently. And initially I figured if he got it out… if his dreams got some air they would lose their power like the hydra. But I swear it had no affect. My listening and his talking and my heaving… all my feeling didn’t seem to do any good. In fact it seemed to get worse. It was like this thing had roots to the planet core and he was in its grip so consequently we were in its grip.”

“Yeah. I guess I thought it was a hungry ghost. Or he did. That ghost is hungry but how do you feed it? What does it want? I was asking these sorts of questions and so was he. It was like a puzzle and I felt I should be able to solve it. I mean come on. This stuff is right up my alley.”

“Oh yeah, I tried everything I could think of. I tried conventional stuff and unconventional stuff too. For example I tried to talk to this guy. Hey dead guy, what do you want?” I laughed. “Do you want him to know you’re dead? That you’re alive? Are we supposed to look for you? Is there something to see in this dream he keeps having that he’s missing? What?”

“Hell no. No one dead ever says anything to me and I don’t know why not. I’m perfectly willing to converse with them but I guess they figure they’ll see me later, when I’m dead too. I don’t know what they think or why they never talk to me because I’m pretty sure they’re around and I always honor them.” 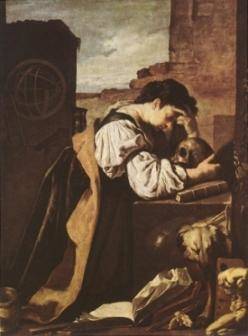 “I know. Good for us. We stay connected to our dead people.”

“I do stay connected to the dead. Even the long dead.”

“I know! I know you do and you probably do a better job than me because this dead guy wouldn’t say a thing to me. I got no sign at all so it was like a closed avenue but it was one I did go up.”

“Yep. But with no help from the other world I had to rely on this world. And with my boyfriend up in the middle of the night three times a week, and with me to sick to my stomach, something had to be done. So when both brothers made a point of telling me they had never been to the memorial and when both brothers told me we’d be driving by it on this trip? Well, I took this to mean they wanted to go and they wanted me to take them. Or to go with them.”

“Sounds right to me,” he said.

“Yeah? Thanks. Because I did take them and like I said, I think it may have been a mistake.”

Do you have nightmares? What’s in your 12th house?