I’ve been dating my boyfriend for a year now. His last relationship was an affair with a married woman who he was deeply in love with. She moved overseas 2 years ago and it obviously wasn’t going anywhere. I feel that he is still not over it and that he still loves this person, but accepts that it can never be.

For a time he was still emailing her, and I even caught his Christmas email to her when it was open on his computer – and it was the exact same message he sent to me, “Merry Christmas, Beautiful”. At that point we had been dating a few months. He doesn’t know I saw this, and I thought I could get over it because it was fairly new… but I look back at that time period and he was expressing intense feelings for me at the same time.

He also said a few other things such as it still wouldn’t be safe to meet because he’s still so attracted to her, but I doubt that anything would happen now because he is a loyal person and that was ten months ago. But seeing it written even flirtatiously or jokingly displays an element of truth to it. So I now doubt when he says he loves me because I don’t understand how he can love me and still have such strong feelings for his ex, and I’ve confronted him about it – using some obscure examples that don’t give away what I saw. Such as me telling him that I happened to see some old videos of his ex on his itunes- and his reaction was – “I’m not ready to throw them away, they’re good memories!!” – which I did not ask him to do at all.

I used that as an excuse to accuse him of having feelings because of his intense reaction but more based on the emails I’ve seen. He swears he’s moved on and loves me, but I can’t help but feel that he doesn’t love me as deeply he does or did her. I don’t know if I’m lacking understanding and I don’t know if continually trying to talk this through with him makes things worse. But I know that I won’t be happy in a relationship where his true feelings lie elsewhere no matter how caring he is for me currently.

I hate to tell you this but I think he is still carrying a torch. Not to say he doesn’t love you. With Venus in Gemini (two loves) conjunct Saturn, I would say this is most likely the case and go on to say if he was with her, he would miss you and vice versa. In other words this guy is not likely to be all that satisfied regardless and there is another wrinkle.

His Venus Saturn conjunction is in aspect to Uranus so he constantly wants free of all this anyway. He wants space so let’s see how he gets it: first, he falls in love with a married woman and now he uses her to maintain space in his relationship with you. Are you getting this? I hope so.

On your end, you have a stellium in Aries so you’re going to like the fight. You naturally rise to the challenge to best this woman, that is. But unfortunately you also have Venus in Capricorn, etc which shows that underlying all this is a deep fear you don’t deserve any better.

I imagine you fear you are not worthy of a man who would love you and only you and this is the part that needs the work. Because as is, you are settling… when in your own words, you state that you will never be happy settling. 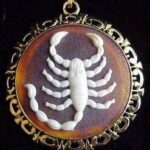 Libra Woman Having An Affair With A Married Scorpio Man