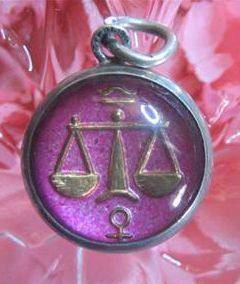 My husband and I aren’t seeing eye to eye lately, and I don’t know what to make of it. I thought everything was fine, but I think that I might have been in denial. Part of the story is that we broke up for a few months last year, and I don’t think we recovered from that very well.

For instance, he hasn’t touched me sexually in over a year, saying that just the thought of me being with another man “kills it” for him. I DID have a few dates while we were broken up, but as far as he’s concerned, nothing happened. I don’t understand this particular argument from him, because he cheated on me numerous times while we were together. Lately, he’s been actively seeking sex from me, and he gets frustrated when I seem less interested than I have in years past. I don’t understand how I’m supposed to be all hot and bothered now when he wasn’t touching me for over a year.

Then, there’s the instances where I upset or frustrate him somehow over something as minute as not answering him in the way he wants, or as fast as he wants. He tells me he should just leave, or that I should just leave, that we should just “call it”, and that he “quits”. He says he’s not going to ask me to stay anymore, etc., etc. Generally, I feel that this is mostly passive-aggressive b.s., but sometimes I think he just means it.

He tells me all the time that I am miserable in the relationship, but I don’t feel miserable! I don’t understand any of this. I feel so lost and unsure of what to do. To top things off, he asked me to quit my job earlier this year so that we could spend more time together (he works from home), and now he wants to get an office outside the home! I feel like he just wants to get away from me but at the same time, keep me tied to him. I just don’t know what to do.

Most of the time, we get along fine…we don’t argue or bicker. He’s a wonderful father to our kids. But, dammit, I’m tired of being told I’m miserable and that I should just leave every time he gets annoyed! Anytime I try to talk to him, he just blows up, so it’s not like I can even discuss any of my feelings w/him because he’s incapable of keeping a reign on his temper. I feel like Danny Glover in Lethal Weapon – “I’m too old for this shit!” What do I do, Elsa? Are there any options outside of “sucking it up” or leaving.. do I have to live the rest of my life like this?

Do you realize you have been writing me with this same problem for last five years? It’s the same husband, same wife and same dynamic. It is the same list of good vs evil and the same lack of resolution due the extreme indecisiveness on the part of both parties. The only thing that changes is how you sign your name. Basically you have morphed from “Unsure” to “Bereft” so that’s notable.

As to the problem in your case, it’s your Moon conjunct Pluto in Libra opposing your planets in Aries and you simply can’t decide (Libra) whether to think of yourself (Aries) or your partner and family (Moon in Libra). And your question is, “Do I have to live the rest of my life like this?” The answer is no, of course. But I do think it’s going to take an act of God to separate the two of you and one may well be coming.

Pluto will hit Capricorn in January of 2008 and aspect your half your chart and it’s safe to say this will put an end to the status quo. Thing is it’s not going to be due some small shift or new way of seeing things. You are looking at something more drastic and I don’t mean to scare you because this does not mean “bad”. It means “good” because like you say, you really don’t want to live the rest of your life this, right?