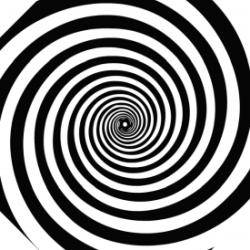 There’s always a lot of interest in contacts between Venus and Pluto in synastry. Is it positive or negative? Can a relationship survive with placements like that? Who has the real power? As someone with Pluto on the Descendant natally, I live this energy every day, and I think I shed a little light on the topic.

When it comes to Pluto/Venus, there’s no more appropriate story than Hades and Persephone. Venus is light. Venus is beautiful, shining, free, and innocent. Left to her own devices, Venus, like Persephone in her role as the maiden Kore, would gather lilies in the field all day and play “he loves me, he loves me not” with the petals. But as Persephone discovered, that is not a full, empowered life.

Pluto, on the other hand, is dark. He is powerful, wealthy beyond imagination, yet always grasping for more. Left to his own devices, he would attempt to conquer and consume all he surveys, just as Hades claimed Persephone as his own.

So when there is fear around this placement, it’s easy to understand why. The Venus person can feel like the Mowgli to Pluto’s Kaa, being hypnotized and led astray by Pluto’s seductive power. In the same vein, the Pluto person can be astonished by the intensity of their own desire, feeling as if they themselves are under Venus’ hypnotic spell. But there’s more to the story. 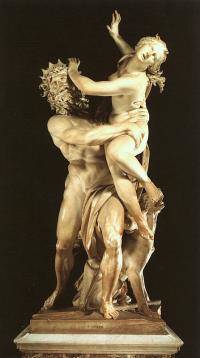 Persephone doesn’t remain Hades’ scared, mewling hostage. Instead, a spiritual alchemy takes place, and she comes into her power as Queen of the Underworld. And she doesn’t merely accept the rules set out for her. She transforms the underworld, making it a softer and more hospitable place. She looks kindly upon the shades that inhabit it and vows to care for them for eternity. She even successfully lobbies Hades to make exceptions to his otherwise ironclad rules, thereby humanizing him in the process.

This is an important point. Hades certainly ripped her from her old life kicking and screaming, but he didn’t kill or consume her. Instead, her entry to the underworld served as a spiritual initiation that allowed her to access her own power and become who she was always meant to be. She didn’t lose herself. As we all know, Persephone is still able to return to her young, innocent Kore self. But it was only after she came to terms with the darkness that she was able to command it and inhabit it at-will.

As for Hades, he was able to have his most sought-after prize without attempting to control the outcome. He gave her free reign in his kingdom, and his entire world was changed for the better. Because of her, he had an outlet to the outside world, a soft and kind presence in his bed, and warmth in his heart. He made her powerful. She helped him surrender.

So when dealing with Pluto/Venus synastry, take a lesson from Hades and Persephone. Venus needs to learn how to play the game. Venus needs to recognize her own power and use it for everyone’s advantage. And Pluto needs to step back and learn to relate honestly and in human terms. Each has power over the other. Each holds the key to the other’s salvation. All it takes is an acceptance of each other’s influence to make it work.

Who has experience with Pluto/Venus synastry? How has it played out for you?