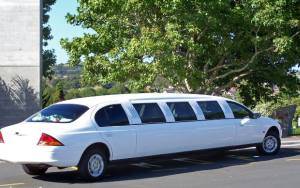 I have only Neptune in Capricorn in the 2nd house. My chart is full of water and fire. How does one gain material wealth if the natal chart lacks planets in earth signs? Are there other indicators to look at?

Venus rules money. Taurus and/or the Venus-ruled 2nd house is specifically associated with material possessions. How Virgo and Capricorn because associated with cash is beyond me.

In your specific case, the culprit may be Neptune in your second house. My second house is Neptune-ruled. Money seems to come and go. Or rather, it’s flows in and back out before flowing back in again.

I’ve learned not to try to hold on to money too tightly.  Cash (2nd) and faith / the ethereal (Neptune) are inexplicably linked. I value (2nd house) this flow (Neptune) more than I would a big fat bank account.

I noticed that you have Venus in the 12th house, which is another Venus/Neptune exchange. It’s possible you don’t have a pile of money, because it wouldn’t do you any good.

I know that’s the case with me. If I had a million dollars, I would be rid of it by the end of the day. I would derive no benefit from keeping it, but I and many others would benefit by my giving it away. This is a no-brainer for me.

Ask yourself why you want the money. Make sure it’s something you really value, rather than something people say you should value.

If you decide that you do want material wealth, you’re mostly likely to get it by service and sacrifice. If you factor that in, you may change your mind and not want the wealth after all.

For example, if you had to sacrifice (Neptune) your integrity (Capricorn) for a few bucks or even a few million bucks, would it be worth it?

To some, maybe. To you, maybe not.

“You can’t take it with you.”  Neptune in the 2nd knows this well – consciously or otherwise.