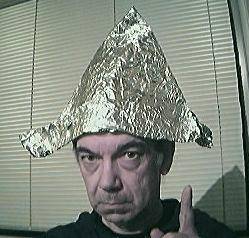 A common myth about abuse is that it is a symptom or result of mental illness on the part of the abuser. It’s a completely logical thought, isn’t it? Surely only a crazy person would hurt someone they love like that. And they’d have to be really crazy to think they could behave so outrageously and get away with it, right?

Well, no. This has been a research topic for decades, and the evidence is just not there. While some studies do show a link, there are many more that do not. There is stronger evidence showing that a mental illness may make an abuser more likely to use violence or at least make the violence more extreme, but it doesn’t appear to be the cause of abuse. What we do know is that mental illness makes someone more likely to be the victim of abuse.

And when you think about it, doesn’t that make sense? Someone who is already compromised is going to have far fewer defenses. With an unhealthy Mercury (mind), it is more difficult to recognize abusive patterns in real time and put them in their proper context. However, abusers are not compromised in the same way. They are very clear about their actions.

Not convinced? Think about it this way – when an abuser is throwing things around the house, whose stuff are they breaking? Their own, or their victim’s? When they are out in public, are they having breakdowns and starting fights with their boss? Or do they save their outbursts for their partner? And when they’re exhibiting their sadism, how often do they apply it to someone their own size?

Abusers, by and large, are in control of their own minds, and the selective nature of their abuse is proof. While it would be very convenient for them to blame their abuse on mental illness (and many try), it’s important to distinguish abusive behavior from true sickness. Abuse is about entitlement and control. Any argument to the contrary is an excuse.

Have you known anyone to blame abuse on mental health?  What other misconceptions about abuse have you encountered?