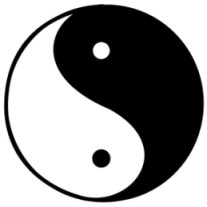 I am pulling up for reference for Bawdy Astrology.  It’s about yin type women (me) who run with yang type women (Kay).

I have run with yang sort of women most of my life. My best friend at ten, was a lesbian who came out in high school and nothing much has changed. I am forever running with some gal in jeans and a t-shirt where I am almost constantly wear skirts.

I definitely like the contrast and it’s not like I don’t like women who are more like me, because I do! I just tend to do very yin things with them. Like talk on the phone in circles for hours at a clip, while lying in bed. There is no initiative! We’re just both waiting for some man to come along and make something happen!

But here’s a bit about another gal I used to run with, Kay. Kay was an Aquarius with and Aquarius rising and a Libra Moon. All positive energy. She was famous for wanting to rebel, (Aquarius) by not shaving her legs. But she couldn’t decide (Libra) so she shaved one and left the other one hairy, and she left it that way for months.

Anyway, we were on an excursion once. We were heading to the mountains for reason non-specific and she had this thing about farms. She was driving, and her pants were filthy.

“Those pants are filthy, Kay,” I said.

“Yeah I know. Well, I know that they’re a little dirty. I don’t think they’re exactly filthy, Elsa, but what if they are? Do you want to know something else about them?”

“These are man’s pants! How about that?” she said, grinning. “Well they’re my pants now! So they’re woman’s pants but they belonged to a man at one time, and I think they’re fun.”

I laughed. “I think they’re dirty.”

“Of course they’re dirty! I’m supposed to look like I work on a farm,” she explained.

“Yeah, I know that about you so this is a good way to find out.”

“Uh huh. I think I look pretty good for someone who’s been feeding animals all day. I don’t look as good as you though,” she said with a whistle.

I laughed. “Well I think you do look as good as me, Kay, except my clothes are clean.”

“Clean as a whistle!” she said with a snort.  “But you’re not a farmer. I look pretty darned good for a farmer.”

“Yeah, you do. But you haven’t fed animals on a farm since you were six years old.”

“I know that. But I’m hoping to be mistaken by people out there who don’t know that,” she said.

“Okay then,” I said, winking. “If you’re mistaken for a farm-girl, or even a farm-man, I’ll keep quiet about it.”

“Ooooh! I hope that happens.”

Both having Libra, we liked the balance.

Do you spend more time with people who are like you…or opposite you? 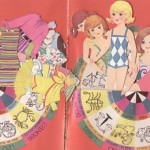 Balance Between Yin and Yang Signs In The Natal Chart 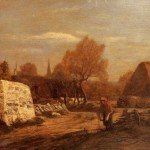 Finding Teachers & Discovering Your Own Nature 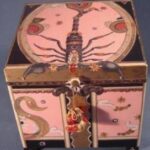 Scorpio Lost Her Mojo: Yin & Yang In Your Natal Chart