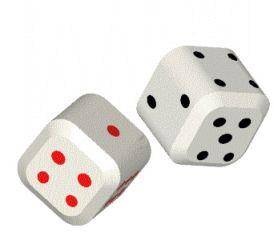 When I look at a natal chart, I see the planets as if they’re dice thrown and landed in a certain way. It’s like DNA. One sibling gets one thing, the next sibling gets something else.

I used to think a person with a high IQ would outperform someone will a lessor intellect.  Boy was I wrong about that!

I learned that a child with a a normal IQ was wholly capable of outperforming a peer with a higher IQ, simply by applying themselves. This not only happens, it happens frequently.

The super-smart child knows they’re smart. They may opt to glide on this alone. Meanwhile the other kids make an effort. They wind up not only catching up, they often surpass their brighter peers.

This idea can be applied to astrology. I see many charts with promise, that’s not been realized. It’s disturbing, isn’t it?

You’ve given certain tools; gifts, challenges, potentials. Aptitude is shown in your natal chart. Results are not.

Do you feel you make the most of what you have?  Why or why not?
Also, if you’re a parent, do you push your children to perform?  And if your parenting day are done, do you wish you would have pushed your children, more? Or less?