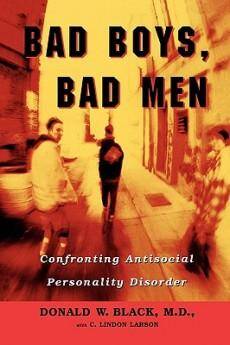 “…Their disorder is often difficult to hide, but some anti-socials manage to keep it under wraps wit elaborate cons, colorful lies, and brash attempts at charm.  Sometimes, though, friends and family members become accomplices in anti-socials’ efforts to hide their nature, pretending nothing is wrong or holding out hope the problem will pass. Unfortunately, it seldom does. We have astonishing capacity to overlook or forgive the faults of those close to us from the friend who ran out on his wife and refuses to support his children, to the cousin jailed for forging checks, to the brother who deals drugs on the sly. That these people may be anti-social seldom enters our minds, even when their misdeeds assume obvious patterns and turn even more destructive…”

I have read most everything written on psychopathy over the years and I thought this was interesting. He’s right. Not only do we not take a critical look at a number of fairly common behaviors that could be seen as anti-social, we seem to go out of our way to excuse or justify them.  This book was written in 1999. A dozen years later I think we have progressed even further in this direction.