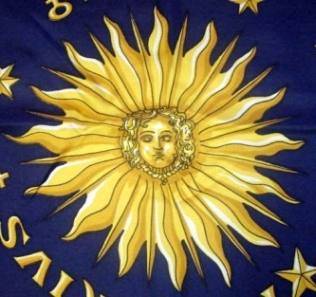 At 32 years old, I find myself in a situation where I have never managed to have a relationship longer than 6 months. Sometimes the ending has been of my doing but mostly, it has been theirs. Most recently, I have split up with a boyfriend who I had been seeing for just over three months. He was an amazing and attentive boyfriend for three months and then, very very suddenly (in the space of a weekend), he changed.

He became very critical of me and extremely cold. My feelings toward him hadn’t changed at all (and still haven’t , if I’m honest). It feels very much as though he was trying to push me away for fear of getting too close to me. And it hurts like hell, as what he said to me was so sudden and harsh (a long list of what irritated him about me).

My feelings are very confused at this stage. I still have very strong feelings for him but I am also very hurt by what he said and his treatment of me. I really don’t know what to do. I don’t want our relationship to be over and I’m struggling to accept that he does. His change has been too sudden. I don’t know how to get to the bottom of what the problem really is or how to make him understand that he’s looking for a reason to end it because of a fear of commitment – whatever that is…

I am sorry you’re hurt, but I don’t think it is going to do you any good to try to get him to see this or that… or the other thing that you feel he should see. Because what good will that do you?

Let’s just say that you’re right. Let’s say he has a fear of commitment and you tell him. What does that mean? Does it mean he wants to do anything about it? Does it mean he should fix this and fix this now? Why should he do that? He’s not the one having a problem. You are. He thinks he’s fine! And maybe he is. Who are you to judge?

So here you are, all busy looking at this problem you think he has as if you could get him to solve it and thereby solve the problem you definitely have, which is this:

You can’t sustain a relationship for more than 6 months!

But that’s not going to work. Can you see that? When you have this obvious challenge in relationship, forcing “the other” to look in the mirror isn’t going to do a damned thing!! He looks in the mirror and this fixes you? Forget about it.

So this is my advice. Let that guy, go because he’s already gone. Forget about his fear of commitment… and start asking yourself if it might be you with the fear of commitment. Why else would you pick these men who beat feet after a few months?

You’re an Aquarian with Jupiter conjunct your Sun. You don’t like to feel trapped!

However, you have Venus in Capricorn… in hard aspect to Saturn no less. And I would venture to say you are scared shitless of love. Of REAL love, I mean, while you simultaneously yearn for the security of a long term committed relationship. And let’s just say I’m right.

If I’m right, then you can see that anything and everything the guy could or would do is going to be irrelevant where you are concerned. You will still be you with these problems, hard-wired, see? So don’t waste another day on him.

What are you going to do about your fear and your conflicting needs and desires? Confronting this question is what is going to ultimately resolve your problem and bring relief. 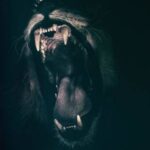 What Do You Fear?