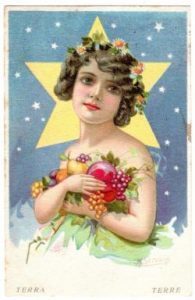 I have been married for 26 years. My husband has never devoted the same energy to the relationship that I do. He thinks of himself first and has no desire to take care of his family. What we have is never enough. He’s typically wanting what he does not have.

Elsa, I wonder if I’m wasting my time. Will he ever give back the unconditional love he has received for so long?

Dear Wife of His,

I’m sorry, but I don’t think so. After twenty-six years, I would say you’ve seen all his tricks and you either like them or you don’t. But are you wasting your time? That’s a bigger question.

People don’t have exactly equivalent needs for relationship. Maybe one person can’t bear the idea of going somewhere alone, while another person is most comfortable going stag. And who can say which one of them is “correct”?

What’s true is they’re individuals. If you’re waiting for your husband to feel the way you do about the relationship, then you’re going to be disappointed. But think about it carefully. Do you really need him to mirror you like this?

If you do, then you may as well cut your losses – which are bound to be considerable after twenty-six years. But it’s possible, if you toss this around, that you decide that it’s okay that he’s not like you are. You may even uncover ways in which this has served you and if you do, I will not be surprised. Know why?

Because you’re an Aquarius, for starters. You’re an independent person. But beyond that, you have a Virgo Moon. Virgo is sometimes referred to as an unmarried woman. See, I don’t care if you’re married… you’re an unmarried woman, you know? There is only so “married” a “serving the world” Virgo can get.

So you see what I’m getting at. I’m not so sure you’d like some guy fawning all over you, in your face 24/7. You know. Breathing down your neck and interfering with your work…

I bet that made you cringe.

So there you go. This guy who’s there but not there may be just the ticket. And what if this is true?

I’m sure you’ll puzzle this out. Good luck!