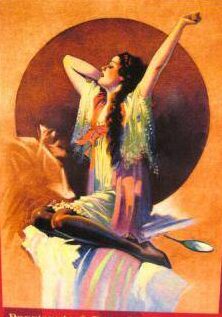 Today, I’m going to talk to a gal I have known for nearly twenty years.  Yes! She’s been around this blog, and it’s predecessor, since nearly day one.  She has a new man.

Thinking about talking to her, I feel hopeful. She’s a person of true quality. I feel strongly, regardless of what’s she’s been though, there is a man for her. She’s not going to end up alone.

I realized this may be true for everyone, assuming they want to partner. I know that’s a radical thing to say. I bet many reading think I sound delusional.  But this is what I really think.

Most people are closer to solving problems and changing their life than they might imagine. I’m in a position to know this because I’ve been consulting for decades. I have seen countless people break through.

Sometimes it takes some massive event or effort but more often, the chart reveals, if a person can just shift one thing or make a small change in their perception or perspective on something; that’s it.  The door opens, and they are completely renewed.

Life looks different that that exact moment. The person steps into the new life and everything around them has changed. 360 degrees.  Life just isn’t what they thought it was. It’s something else and it’s something better.

It sounds like a miracle but I think it’s usual. It’s a Pluto thing, I guess. The tiny thing that transforms a person, irrevocably.

What do you think about the idea that people are much closer to getting what they want, then they realize?