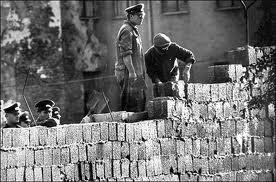 I’ve come to terms with the fact the world has changed. I see people are divided, they’re not open the way they used to be (in my world).

People have allies now, more then they have friends. Or they become friends because they are allies, rather than having a genuine interest in each other. That’s weird, isn’t it?

I read a report tonight, where someone commented, “Who cares?” A lot of people feel that way about reporting, particularly about celebrities which was the subject in this case.

Someone answered that comment with a list of of the people who care, specifies that *these people care* as do their allies. I just laughed.

I just think it’s funny that it’s not okay that an individual not be interested in something. What if I did that with astrology?

This would not stop me from being friends with a person. I just can’t imagine that, never mind, sicking my allies on them! You don’t like astrology? Well then here comes my army. We’re going to ruin you.

I’m really sorry that our society has become this way. We’re separated into factions and you have to find friends, if you can, among the people in your faction.

This detaching (Uranus) may be the death (Pluto) of us.

What do you think of that?