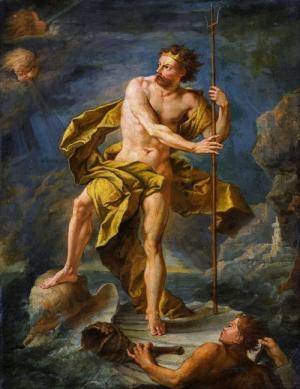 Neptune’s transit of Pisces is well underway.  I want to write about Virgo’s experience of this transit because it creates an opposition. Oppositions are the most interesting study in astrology, personally speaking.

The Virgo mind is clean and crisp. It knows things. It’s ordered.

Neptune in Pisces undermines Virgo’s clarity, sometimes to the point of self-undoing.  While it’s possible for Virgo to achieve this on their own, in the majority of cases, there is another involved.  Or more likely, a bunch of others… an endless stream of others.  This is due to the opposition.

These “others” may be inspired but it’s just as likely, they’re impaired. One thing is for sure; they don’t like Virgo’s fine mind.  The exchange goes something like this…

Virgo says, “This is this, I did this research, and this is the fact.”

Neptune responds, “Don’t you mean this other thing that is not a fact?  That’s not the factual fact…”

Here are some other common responses..

The end result is that information is clouded. This is happening outside of the personal realm as well. Consider polling data. It’s not clean. We all know it’s skewed. We all know that polling data is misleading but we have no details. We have to guess what the details might be and then pretend we know!

Virgo: you are not crazy. I seriously doubt you’ve lost your mind!  The answer here is to keep your clarity in the fog… even if there is nothing but fog.  Because Virgo exists to help people!

Now as far as I know, people who help people do not take foggy days off!  Volunteers, volunteer!  A sherpa will continue to help people up the mountain, regardless of the conditions.

Are you a Virgo? Does this sound familiar? How are faring with Neptune in Pisces?