It’s amusing to me, I learned to guess a man’s Mars sign while out looking for sperm. I have already copped to having done this and so no one should be shocked. This was a dozen years ago.

I had met a Capricorn who told me that I was “nothing but a mother looking for kids”. I decided he was correct, so I went out to hunt a mate. Mars, being the male principal, is obviously is related to sperm and so you can see how this is notable. Marsy stuff, everywhere you look.

I kept trying to guess the Sun sign and failing… and trying and failing… and one day I noticed I could often (too often) guess the Mars sign. I was in a bar, see. I was going to the bar night after night, drinking my OJ and soda and guessing this stuff.

So understanding astrology the way I did, I decided I may be guessing the Mars sign of the men who approached me because they were in fact – on the prowl. They were trying to pick me up and Mars in a chart shows how you get what you want. Cool! I had a thesis, so I started experimenting.

I had already noted I could put on specific pieces of clothing and attract various Sun signs by the way, so I guess this could be considered advanced research – heh.

For example, I used to have this gold jacket. I loved it, but I had to quit wearing because it only appealed to gay men and Gemini’s… which was not the sperm I was looking for!

Anyway, I thought I was so smart to figure out this Mars thing. I was really thrilled at the time and apparently I still get a zing out of telling this story.

Tomorrow I will reveal my findings.
skip to part three… 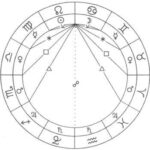