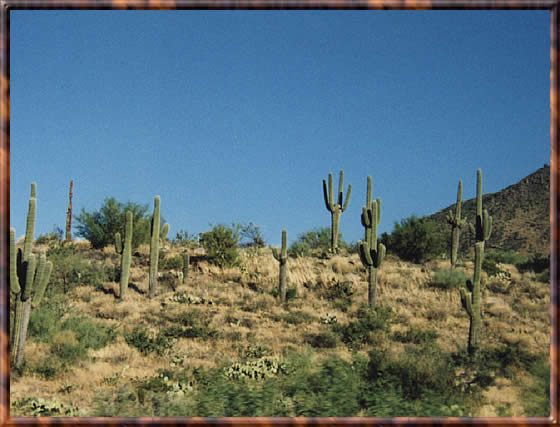 Here’s a strange story but I think it might help you.

When Annalisa and I were kids, we used to be sent outside to pull weeds in the desert. My older sister was there as well and I am glad of it because I was really confused by the situation and she clarified it for me.

I was about six at the time and as industrious then as I am now. I was also obedient so when I was told to go outside and pull weeds until there were no more weeds, I had every intention of doing exactly that.

There were other conditions and instructions. Namely we had no shoes and were forbidden to have any water or drink from the hose.

I didn’t particularly mind this. It was normal to me for one thing. I saw it as a game and not a particularly bad one even though the dirt in the desert gets mighty hot when it’s 110 degrees out.

In whatever case we were out there pulling weeds in the desert, sent out about 8 in the morning and at some point, hours later, someone wondered aloud when we might be able to go back inside. I was really surprised.

I was surprised because we were nowhere near done. I was working like hell, see? I was trying to GET done so we could go inside and have some water or whatever. I just wanted to finish and this is when my oldest sister told me the task was impossible and boy did that confuse me.

Why would someone give me an impossible task? What did it meeeeeeean?

I actually argued this with her. We are a Mars Mercury family, yes? That is why we’re out in the desert with out feet (Mercury) burning (Mars).

There was some discussion about how we as sisters might handle this. We could go on strike for example. We could have a sit-in protest, after all it was the 60’s. We speculated how that might go over and continued to pull weeds.

We also discussed sending an agent back to the house to make a plea for mercy. Would this be a good option?  The sun had begun to set.

My point here is that this is when I learned there are times when life presents you with situations that are impossible, really and truly impossible. Distinguishing between that which is merely hard as compared to that which is impossible is a supreme skill.

I wrote this for you but I also wrote it for my sister, Annalisa who is in a lot of pain right now. I think she will enjoy it because another thing about my family is this: We know a good story when we hear one.