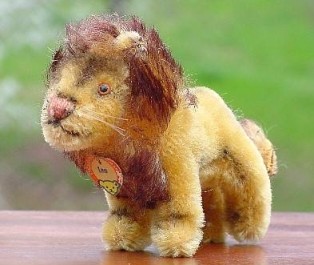 When I was in grade school, instead of advancing me two grades like the school recommended, my parents decided to keep me with my “friends.” As a consequence, I was bored to tears by school and was completely disenchanted with formal education by the time I graduated.

Since my father wouldn’t allow me to take a year off, I chose a school that was rated as being academically rigorous by the college guidebooks. When I got there, I was once again disappointed by not feeling challenged. So after my first semester, I didn’t apply myself at all, got a 1.2 GPA over four semesters, and left school. After that, I worked in a lot of dead-end jobs just to make the rent.

My last job was as a receptionist in a mental health practice. Working there, I finally decided to return to school to become a psychologist. The problem? I quit my job at the end of 2005. Since then, my Original School has put a hold on my records and I can’t get them sent to Transfer School, which I’ve already applied to. The home business that I want to start while I’m a student has yet to become more than a pipe dream. And to top it all off, I’m reading scary things about Saturn in Leo and life-changing transits coming up.

I’m freaking out just a little bit. I’ve never really had to work all that hard for what I wanted… things just came my way (or not), and I went along with it. But now I’m afraid that I’ve screwed things up with my complacence and procrastination.

I guess I want either reassurance or a swift kick in the rear. Why has this gone down the way it has?

But now you see, this hasn’t served you. You’re growing up. And you’re right, it’s a Saturn transit. First to your Aquarius Moon, and then eventually to your Sun, Mercury in Leo and ultimately, your natal Saturn in Virgo.

So here’s the deal. For the next three years, you’re going to get your shit together. Because to quote another Aquarius Moon I know – “You’re not the only genius in the world,” okay?

And this is what stage one of your Saturn transit is about. It’s about being humbled. And made to conform. And held to a standard. It’s about turning in your goddamn homework when you’re supposed to… with the rest of the lemmings, even when you think you’re special.

It is also about curbing your tendency to rebel after growing up enough to see when it is destructive. There are times when you should rebel, when you must rebel. But there are other times where you need to clutch it up. Pick your revolutions, okay? Because rebelling for the sake of rebelling is rather silly.

So there you go. And I am not trying to be a mean bitch. I am just giving you exactly what you asked for. A reality check. Reality = Saturn. And you may as well get used to it, because you aren’t getting out from under this thumb for three years. Thank goodness. Because three years from now, you’ll have your degree and without this transit?

Well, I hope you like filing those papers for the professionals you work for…