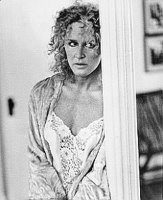 Regarding, A Fish Tale – Two Pisces With Cheating Husbands, someone asked what happened to the gal who screwed the two husbands. I thought satori might tell you but she seems to have forgotten (she’s a Pisces) so I’ll tell you what happened because it brings up a subject another friend of mine is dealing with at the moment – Stalking.

satori and her husband divorced. He husband said disparaging remarks about this woman’s body which got back to the woman. In other words, she was used. She found out that he thought her ass was nothing special and the like. It was really quite degrading and a massive wake up call around what the man you are cheating with might really think of you.

She responded by stalking satori. She took to calling her and hanging up and here is the important thing to note: She kept it up for more than a year!

I mean satori never spoke but you get the idea. The gal gets drunk, maybe she had a bad night so she dials satori to share the pain and she keeps this up for a very long time.

Now stalking has come up around here recently and if you are a victim, I can tell you this: People who do this kind of thing can keep it up for a very long time and if you want no part of it (if you’re not playing back) you should never, ever respond. The person is after energy, see? And if you don’t provide any for long enough, the person will eventually find another source.

If you DO respond (in anger, with a plea for mercy or whatever) you effectively reset the clock. For example if they have a year-long fuse and you pick up 6 months into their burning it, you will have refueled them and you’re back to the year mark again.

It’s very simple. Things (people) like this need energy to survive. Starve them and they shrivel.