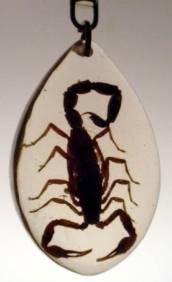 Yesterday I was talking to a pal with a Scorpio Moon conjunct Neptune about his divorce, some years ago.

“I was just trying to avoid being homeless,” he said. “Anything but that! Who wants to be homeless? So I had just a few things left. Very little. And I rented a room from this artist couple…young couple this was. I was going to pay them $50 a month for this room. So I moved my stuff in there…”

And the next day there was a flood. And a two hundred year old tree fell on too the house.

“It was a big tree,” he said with a chuckle. “It was just lying there…it had smashed my computer!”

“So there was nothing to do. What can you do?” he said laughing some more. ‘The couple said, we’re going to get on the roof. And I said, what for? You’re going to climb up there and wait for the water to rise? Hope they pluck you off the roof? I’m out of here,” he said. “And I just left. I got the fuck out of there.”

And I thought this was such a good Moon Neptune in Scorpio story. A flood (Neptune) come and wipes out (Scorpio) your house (Moon).

And so much for trying to hold on to a shred when that just ain’t what the universe wants for you!

So do you have any stories like this? Tell em!