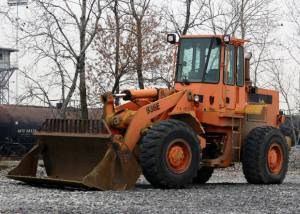 Catch up here – 8th House: Goods Of The Dead.

Moving on with my goods of the dead theme, like I said, I’ve had cause to shop for all kinds of things once I moved here. This was not unexpected.

My husband I planned to move here, eight years ago. Matter of fact, we came up with a document, outlining our joint goals…and we signed it.  He’s got a Scorpio Moon, by the way. So while we knew we were going to be in the old house awhile, we also knew it would not be forever.

Consequently, we stopped investing in any kind of furniture or decor for the old house.  Instead we saved our money.  Eight years is a long time!

This was a long move. We started throwing things out eight months before we left. When it came to packing, I realized it made no sense to pack my dilapidated pots and pans. I did not go without any upgrades for eight years so that I could go without upgrades!  So when we landed here, it was with the bare minimum.

When we bought the house, I bought some furniture from the seller. They were downsizing and the woman had a great eye. I bought her dining room table and her china cabinet for one thing. This meant I needed “china”, which is where I’m going with this.

It turns out, china is very cheap here. People are drowning in it.  It’s falling out of cabinets, and stacked in their sheds and garages. You can get complete service for twelve around here for somewhere between $75-$225.  It’s laughable when compared to ebay or Replacements.com. You can buy china here cheaper than you can buy dishes at Walmart and this is what got me thinking.

First, people don’t care about china anymore. Tastes have changed. It’s like classical music. It will never go out style completely, but interest is very low right now.  The industry has been struggling for decades. Church isn’t the only thing people quit going to!

Something like china used to hold it’s value.  I’m pretty sure it’s going to be worth pennies on the dollar in the future, if it has any value at all and I’ll tell you why.

People who like china (in droves) are dying out. They are dying in droves.  And people who think their parents stuff like this has value – they’re in for a rude shock.

People aren’t really having babies anymore, at least in the US.  I’ve written about this before. My Woman’s Club women (75 – 100 years old) had eight kids on average.  No one had fewer than six.  Some had twelve. Compare that to the average family size today.

Less people means fewer buyers. So what about all these goods left behind? Who is going to buy them?

Then think about the population that is still having children. Is “china” their thing? I don’t think so.

I flashed on this image of all these material goods, prized at one time but now worthless, simply because there is no one to use them.

Think of all the shoes and the purses we have in our closets.  Back up a dump truck, yanno?

This got me thinking about what has real value in thus day and age.

What do you think is valuable…and will remain so in twenty of thirty years?