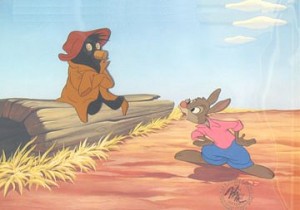 Mars is the expression of our animus. It is the energy with which we go about getting what we want or need, how we fight. Planets in the 7th house are prone to expression through projection. Examples of projection are usually negative, such as projecting one’s distasteful qualities onto another and persecuting them. It is also possible to project one’s positive qualities and exalt the other. What is stultifying about either of these manifestations its unconsciousness, particularly so when it is Mars in the 7th. If you don’t know what you’re doing and why, you can never be truly effective. If you consistently blame others for actions you incited how do you grow and move forward? By the same logic, if you give credit elsewhere for the beauty within you, how do you develop your better qualities?

C.G. Jung said, “until you make the unconscious conscious, it will direct your life and you will call it fate.” Conversely, if you become conscious of your actions and the motivations behind them, you will control your life. There are ways to make projection work for you. One of those ways is exemplified in the fable of The Tar Baby.

In the Uncle Remus stories Brer Fox was always trying to catch and eat Brer Rabbit, but Brer Rabbit was always too clever for the fox. One day Brer Fox got an idea how to trick Brer Rabbit. He took a mess of tar, shaped it into a body with clothes, button eyes and a nose, and set it on a log where Brer Rabbit was sure to pass by. When Brer Rabbit came upon the tar baby he greeted it, and when it didn’t respond, again and again, to his escalating attempts at conversation he got so angry that he punched it. When the tar baby didn’t respond to his demands that it let him go he hit and hit again till he was entirely caught up in it and immobilized.

Brer Fox didn’t have to lift a finger. He set a plan in action where Brer Rabbit did all the work for him. In order to make this work for you, you have to be very conscious of what is them and what is you. Brer Rabbit exploited this rule to get away. Brer Rabbit was safest in his own home, the briar patch. Brer Rabbit knew how badly Brer Fox wanted to make him suffer so he told him, “Do anything you want to me, boil me, slice me up, but please, Brer Fox, please don’t throw me in that briar patch!” Since that was the last place Brer Fox wanted to be thrown and he was not conscious of who wanted what he ended up losing his prize.

“Know your enemy” (or other), and know yourself. Know which is which. With a 7th house Mars this is most important. Without consciousness this placement can be badly expressed in covert, passive-aggressive bullying. When conscious, 7th house Mars can achieve through motivating others.

Go ahead and use the carrot-stick to motivate someone to pull the cart. Just don’t beat them while they do it.

Do you have planets in the 7th? How prone are you to projecting?