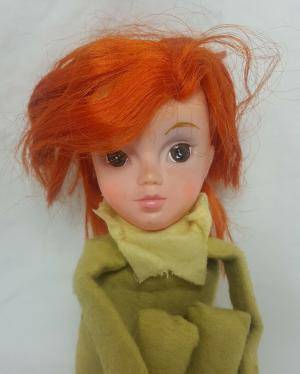 Mars in Aries squaring Jupiter, Saturn and Pluto in Capricorn is clearly personal to me.  The stellium is conjunct my ascendant and I’ve just had surgery to repair my spine.   But I am seeing some other things, the way I tend to. I want to share this with you now.

First, if you’re out there reading about doom and gloom, I would try to shift gears. This is a time for heroic action and I want to explain.  I went into the hospital on Monday morning. A close friend of mine went for specialized treatment at the very same time.  She’s been very sick. SICK, for months and no one can figure it out.

Now some doctor cut into me and fixed a spine no one wanted to touch. Takes balls, okay? You can’t tell me otherwise. I have seen five orthopedic surgeons prior to this one. I’ve also seen a neurosurgeon, FIVE times. I got no help at all from any of them. Now they were either scared or they don’t have the skill but stay with me here.

As I went into surgery, my friend went in for another week of testing at the Mayo Clinic. Yes she’d already been there for a week, as well as seeing numerous other doctors over a number of months. There were emergency room visits, you name it.  She’s seen twenty doctors, maybe?

By the time I was coherent after my surgery, I learned they had discovered my friend had 99% blockage. They put in two stents and she was fine. Now can you believe this?

She’s a Capricorn by the way. But what the hell?  Someone saved her with a sharp knife; there can be no denying!

I have a third story about a third friend.  Her problem is her husband’s shoulder. He’s a very active, independent man. He tore the tendon clean off… whatever it is that would see him lift his arm and have it drop and hit him in the head. He clearly needs surgical intervention but guess what? He’s a Taurus. He’s a stubborn and he’s as gnarly as they come.

Weeks have passed since he was injured. They can’t get a good MRI on him because he can’t stand the machines.  This is an older man, just very strong. Strong physically and strong-willed.

So what needs to happen is his young buck surgeon better get in there and fix this man’s shoulder. He’s got to push him.  His wife can’t do it, you know.  Her husband won’t listen to her. Someone has to go in there, man to man, and fix this man’s arm.

Can you see the Mars in Aries in this?  Now is the time to stop bullshit, face fears and do the work that clearly yours to do.

You can expect to find yourself on both sides of the square.  Pay attention.  Don’t be the one slackin’ when you’re in the hero position. Push against the resistance and get up that hill.

And more thing!  Jupiter / God is clearly involved here, less my friend would be dead, don’t you think? It’s hard to fathom how far a person has to go sometimes, until they collide with a hero. So if you have the capacity to be one, by all means, step up!  You are beyond merely “needed”.