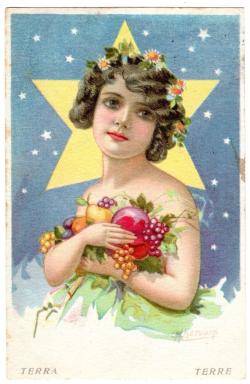 Beginning August 11th, the Sun, Mercury, Venus and Mars will pull together to form a stellium in Leo.  Leo energy is creative, warm, shiny and fun. It’s hard not to look forward to this!

As for how this will impact you, check the house(s) in your chart where the stellium will fall.  The area of life associated with that house will be infused with fire and light at this time.

The stellium in Leo will be maintained through August 17th. If your birthday falls during this period, you’re going to have a great Solar Return chart.  It’ll be a fun year.

Mars will leave Leo for Virgo on August 18th. The Sun, Mercury and Venus will follow until the same four-planet stellium forms in Virgo. This stellium will be maintained for more than two weeks. August 29th through September 13th. 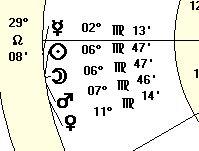 The picture shows the (new) moon in Virgo but I think you can also see, there’s no way this thing is going to pass by unnoticed.

Again, to judge the effects of this, check the house in your chart that will be affected.  It’s going to be freakishly activated. So much to do, so much to say!

Virgos with birthdays between these dates, check your Solar Return. But beyond that, I think everyone can gain insight by considering the impact of these four planets sticking this close together for more than four weeks.

Think about them rolling into one house and then into the next.  I see this as the highlight of summer, 2019.

Also, these stelliums will affect you in a way that is personal. This is because it’s inner planets that are involved here.  This is significant because so much of what’s we’re dealing with is not personal.

For example, you may be personally affected by what happens; say the results of an election (Pluto in Capricorn) or the price of a stock that rises and falls (Uranus in Taurus). But that’s different then YOU being the driver of an event. These things are worlds apart. It’s the second scenario in play, this summer.