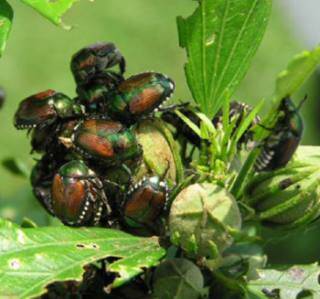 We moved into this house under stress. The old owners moved out under stress though both sides did everything they could to make it easy on the other.

The house so big…four times the square footage I am accustomed to taking care of. I didn’t pay attention what I thought were little June bugs on the grapes, even though they were screwing their brains out on the leaves.
Suffice to say, I now know what a Japanese Beetle is. I am also well acquainted with Brown Rot on peaches and various other sundries. I am in an all out war to save the trees & fruit around here.  It’s such a Mars Pluto-type problem. Fight to the death. Total war. 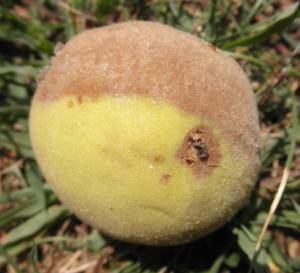 But I have to purge every last peach (a few more hundred pounds), otherwise the spores stick around and rise up again next year.

Being cheap…or poor or whatever, I did not want to go to the expense of treating the trees via the roots, but now I see I have to. Because backpack sprayers are harder (for a woman) to use then they seem “on tv”. I just can’t spray up high enough to reach the foliage on top and I can see them up there, screwing away!

So I’m hitting this from all angles now.  And next year, I hope people can come here and take all the peaches they want.  It’s sickening to throw all this food away. Heartbreaking.  Because there are plenty of people who could use it and would like to have it.

At this point, most the peaches on the lower branches are cleared. I work on this a little each day, but I think I’m going to have to wait for the fruit up top to die and drop…pick up every last stone.  I’m optimistic though!

I’m optimistic, by next year I’ll be able to make the fruit salad of my dreams. I have a non-producing plum tree, too. It’s because it needs a mate. So I just think this is a Plutonian process, sort of like the gal with Saturn in Scorpio transiting her 4th house.  We’re going through this, but not forever. 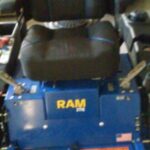 Dealing With Change, Even If It’s Positive